The power plants of Salmisaari and Hanasaari prepared for pellet fuel

CHP production of District Heat at the power plants in Helsinki

CHP production of Electricity at the power plants in Helsinki

The pellet fuel testing was started at the Hanasaari power plants in autumn 2012. During the operating year, the pellet fuel testing was continued and fuel conditions and pellet types were researched. As a result, it was stated that approximately 5-7% of the fuel could be pellets mixed in with the coal, without hindering the power plant production. When the continuous joint-burning of the pellet begins, both power plants will receive an average of 5 to 7 pellet truck deliveries a day.

The use of pellet fuel is part of the development programme of Helsingin Energia, which aims for carbon neutral production by 2050. In 2015, the Helsinki City Board will decide whether a new multi-fuel power plant using chips as fuel will be built in Vuosaari or if significant investments will be carried out at the Salmisaari and Hanasaari power plants, which would enable them to increase the share of pellets of the fuel to 40%.

The availability of the Helsingin Energia’s power plants in Helsinki was at a good level. However, the production remained about 3% below the budgeted amount. This was due to the decreased demand of district heating, due to the temperate year, the price trends of electricity and the turbine damage in the second unit of Hanasaari in the autumn. 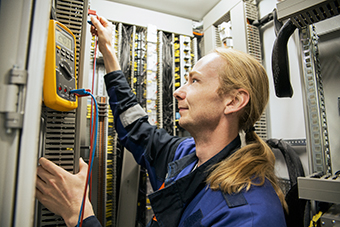 Over the last operating year, the central matters in the project and consulting services of energy production were the projects related to the Helsingin Energia development programme. Their preparations were launched and carried on, so that the implementation of the first phase can happen during the next summer. The profit target of project services was clearly exceeded, thanks to the good work load and billing rate.

In regard to district cooling, a significant project was the underground cooling centre being built underneath the Esplanadi Park.

At Salmisaari power plant, the catalyst plans, acquirement of pellet devices, renewal of the steam turbine plant and plans for automation renewal and burner changes were implemented. 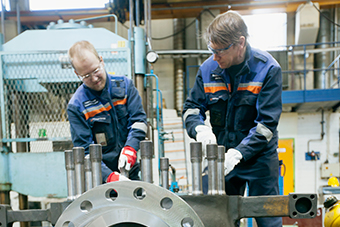 A satisfactory result was achieved for the maintenance operations of energy production and distribution systems.

A service agreement concerning the maintenance services of oil refineries was made with Neste Oil Oyj, and the machinery for the electricity supply station in Vuosaari metro was delivered to Helsinki City Transport. The repair of steam turbine 3 in Hanasaari was carried out in December.

Tapaturmaton Service (Accident-free Service) event analysed the current state of occupational safety operations and compiled an action programme, in order to achieve the Zero Accidents goal. The project resulted in launching a development project of occupational safety that covers the entire Helsingin Energia. 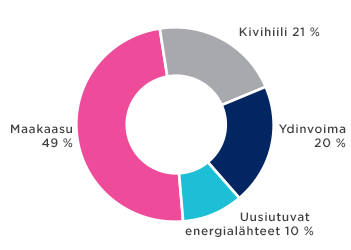