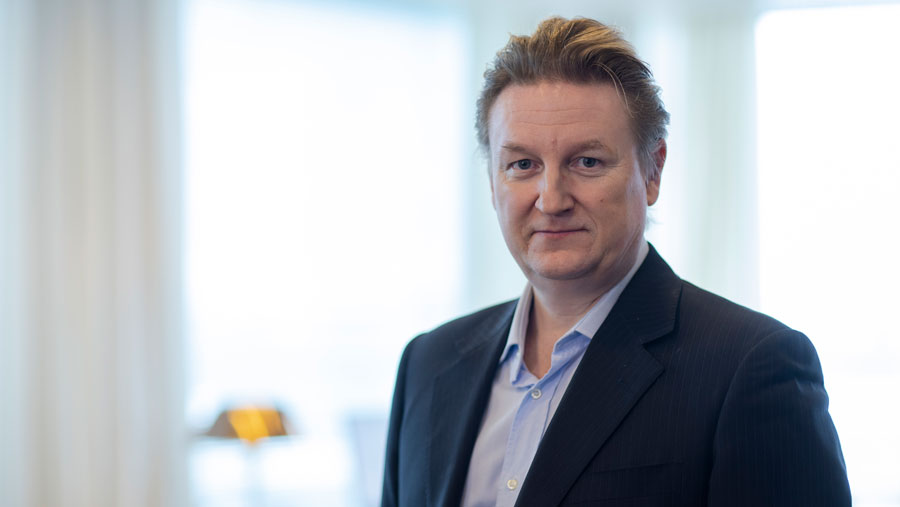 Year 2021 was characterised by the continued COVID-19 pandemic, but it was also a year of significant changes for Helen and the entire energy sector.

The energy year was exceptional in comparison with the previous years. The rapid rise in energy prices in the global market, the sharp increase in fuel prices and emission allowances in the second half of the year, and the realisation of our investments in carbon neutrality testified to the fact that a new page is turning in the history books of the energy sector and Helen. There were several reasons for the rise in prices, from global economic recovery to weather conditions and shortages in fuel supplies, and they had a significant impact on production, customers and the energy policy debate. We at Helen responded to this by taking huge steps towards renewable, emission-free and distributed energy production. For us, being able to write this new chapter is all thanks to the world-class competence and long-standing work of Helen’s people over the years and decades towards a new kind of energy company.

We announced that we will phase out the use of coal at the Hanasaari and Salmisaari power plants more than five years ahead of schedule. Major concrete actions that speed up our transition to distributed heat production and energy system and help us achieve our target to be carbon neutral in 2030. Thanks to the closing of the coal-fired power plants in 2023 and 2024, Finland’s CO2 emissions will fall by five per cent. This is an outstanding and concrete climate deed, which sets an example to other companies and countries.

The projects on distributed energy system have progressed well. The Vuosaari bioenergy heating plant, the Mustikkamaa heat caverns, the Ruskeasuo geothermal heating plant which is first of its kind in Helsinki, and the seventh heat pump at Katri Vala are all excellent examples of the way energy will be produced in a distributed way in smaller units with low emissions. The investments we made in the production of renewable and emission-free electricity and heat brought our emissions back on a clear declining path already years ago. Specific emissions for 2021 fell by about 1.4 per cent compared to 2020, although otherwise energy production was higher than in 2020. We are committed to the Paris target of 1.5 degrees, and we have set our emissions reduction target accordingly. Our target is currently being approved by the Science Based Target organisation, and we are expecting a decision during the first half of 2022.

Our wind power production increased by leaps and bounds in accordance with the strategy. Lakiakangas 3, the wind farm of 20 wind turbines, which we share with CPC Finland and of which we are majority owner, was commissioned at the end of the year. In addition, Helen and Fortum joined forces in investing in Finland’s second-largest wind farm with an annual electricity production of some 1.1 TWh of its 56 wind turbines. The latter will triple our wind power capacity and reinforce cooperation between Helen and Fortum in a new way. In the solar business, we took major steps towards our ambitious targets among businesses and housing companies through our partnership agreements, e.g. with Senate Properties and Paroc. Our EV charging network expanded further with 68 charging points: all in all, we had 281 charging points at the end of the year. We signed several important partnership agreements, and we surpassed our sales targets in new services. The development of e-mobility was given a boost by the new city strategy of the City of Helsinki striving for a zero-carbon level in 2040.

Our partially owned companies did very well in their business operations, utilising the energy transition. Our capital investment company, Helen Ventures, also expanded internationally by investing in four new startups, the German LiveEO and &Charge, the Norwegian Think Outside and the Austrian company enspired.

In accordance with our vision, we aim to be the most customer-focused energy company in the market. In order to reach this target, we have several ongoing projects to improve the customer experience, such as billing automation. We are proud to have been able to increase the number of customers in all business areas. For example, our customer numbers in small-scale electricity contracts exceeded 600,000. Our customer satisfaction has constantly remained at a good level.

We made great leaps forward in digital development both internally and externally. The OmaHelen app is already used by 175,000 customers, which is a lot considering that the service was launched only a year ago. We have met the changing needs of our customers by offering more transparency with the aid of data. We were the first energy company to pass the Datahub certification, which is a statutory requirement. Data and artificial intelligence can also be seen in the above-mentioned investments by Helen Ventures this year.

Despite the transition and winds of change, our company grew significantly in all business areas. The net sales of the Helen Group showed a marked increase, just over 25 per cent, but the result in 2021 was much less favourable than in the previous year. This was mainly due to the high cost of emission allowances and fuels. On the other hand, our long-term work in the wholesale market, in associated companies and in power assets bore fruit also for our end customers. These factors are forecast to have an impact on Helen’s finances also in 2022.

Helen has an abundance of professional skills, experience and the will to have an impact on the energy transition. These are needed when we continue on our journey towards an energy system of a new era. We were a reformer and trailblazer already over 100 years ago, and we will continue along the same path also in the future.

We could not have done it all without the support of our customers, partners and employees. Thank you!