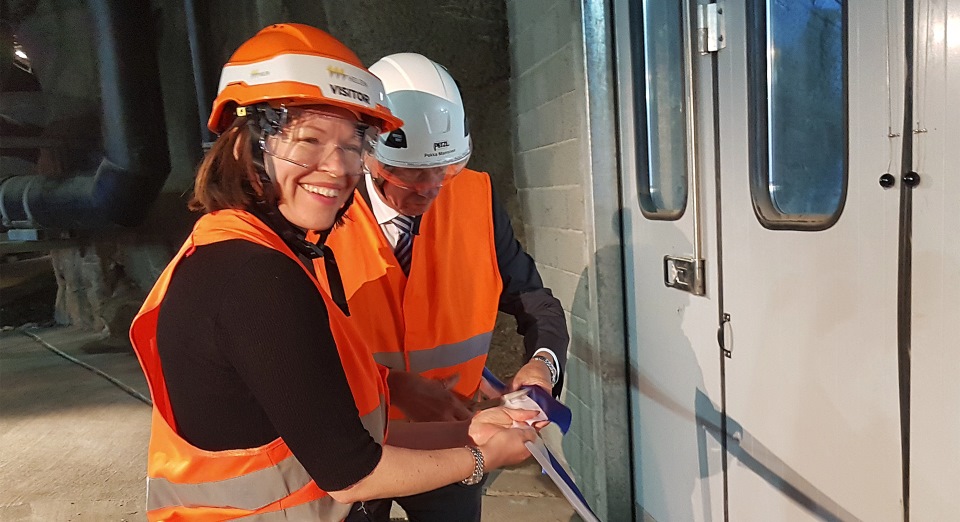 The construction of the Esplanade heating and cooling plant started in spring 2017. The plant has been in operation since early summer, and today it was officially inaugurated.

“This cooling plant that utilises excess heat will reduce Helsinki’s dependence on fossil fuels, such as coal, and take a step towards more sustainable energy production and energy saving. This kind of circular economy is well suited to the most efficient city in the world, and it strongly supports Helsinki’s ambitious carbon-neutrality target,” said Deputy Mayor Anni Sinnemäki in her inauguration speech.

“As the climate warms and the need for cooling increases also in Finland, the only sustainable way is to use excess heat for cooling. During this summer’s heatwave, the need for cooling was recognised in the city’s homes and workplaces, not to mention hospitals. District cooling is a smart way of cooling as it recycles excess heat from properties and utilises it in the district heating network,” Sinnemäki pointed out.

“Helen aims for climate-neutral energy production, and this new heating and cooling plant is one important step towards this aim. We are among the biggest investors in Finland, and over the next ten years we will invest about half a billion euros in the transition from coal to biofuels, in the utilisation of excess heat and hopefully also in other, new emission-free energy solutions,” said Helen’s President and CEO Pekka Manninen in his inauguration speech.