Helen is extending the ongoing assessment of seawater heat recovery by introducing a new strategic partner, Boost Brothers, in the project. The partnership aims to assess various alternatives for building a seawater heat recovery system and a heat pump plant planned for Salmisaari. The project supports Helen’s target of building a distributed city energy system where heat and electricity are produced in a carbon-neutral way from energy recovered from the ground, air, water and waste heat.

“The smart energy system and the existing district heating and cooling networks in Helsinki make it possible to combine new technologies and production methods in a flexible way. At Helen, heat pumps are regarded as an important part of the future energy system comprising, for example, recovery of waste heat. Upon completion, the new heat pump plant planned for Salmisaari will complement the distributed city energy system and support Helen’s target of achieving carbon neutrality by 2030,” says Timo Aaltonen, Helen’s director of production and asset management.

The low emissions of a seawater heat pump plant are based on the same principle as with other heat pumps: the heat pumps use both electricity and the thermal energy of seawater in the production of heat. The planned location of the heat pumps is the Salmisaari power plant area.

The preliminary study includes three alternatives of implementing seawater heat recovery: a short and a long seawater tunnel and the utilisation of phase transition heat of the freezing of water in heat production. Due to the challenging conditions, a tunnel reaching the open sea is to be implemented with tunnel boring equipment, the utilisation of which is uncommon in Finland. In terms of discharging of water cooled in heat recovery, four alternative discharge areas are being studied. The environmental impact assessment of all alternatives is currently underway.

Measurement results related to the temperature of the bottom water in the open sea, conducted last winter, met the expectations. Measurements will also be carried out this winter in order to confirm the results.

Utilisation of seawater in the heat production of the future is an excellent example of Helen’s plan to increase the use of renewable energy and non-combustible sources of energy. The project is extremely demanding in terms of its extent. As part of the planning stage, it is essential to establish alternative ways of implementing the construction project: this is important, for example, from the risk management aspect. Cooperative ways of implementation, such as an alliance and various hybrid models combining several implementation methods, have achieved good results in large and demanding projects. Helen has joined forces with Boost Brothers as a strategic partner in the seawater heat recovery assessment project.

“We want to utilise the expertise of Boost Brothers in the development of demanding projects in order to ensure the feasibility of the project and the commitment of the parties to the common goals,” says Helen’s Senior Project Manager Saku-Matti Mäki.

Boost is excited about cooperation with Helen and about the opportunity to be involved in the development of solutions for a key sustainable development project.

“We have noted with pleasure how ambitious Helen is to act as an excellent partner that encourages innovative approaches and a steadfast achievement of the objectives,” says Matti Sivunen, construction expert at Boost Brothers.

The project is currently in the strategy stage, and no actual implementation decision has been made yet. According to the preliminary plan, the market dialogues of the project will be launched during late 2021. 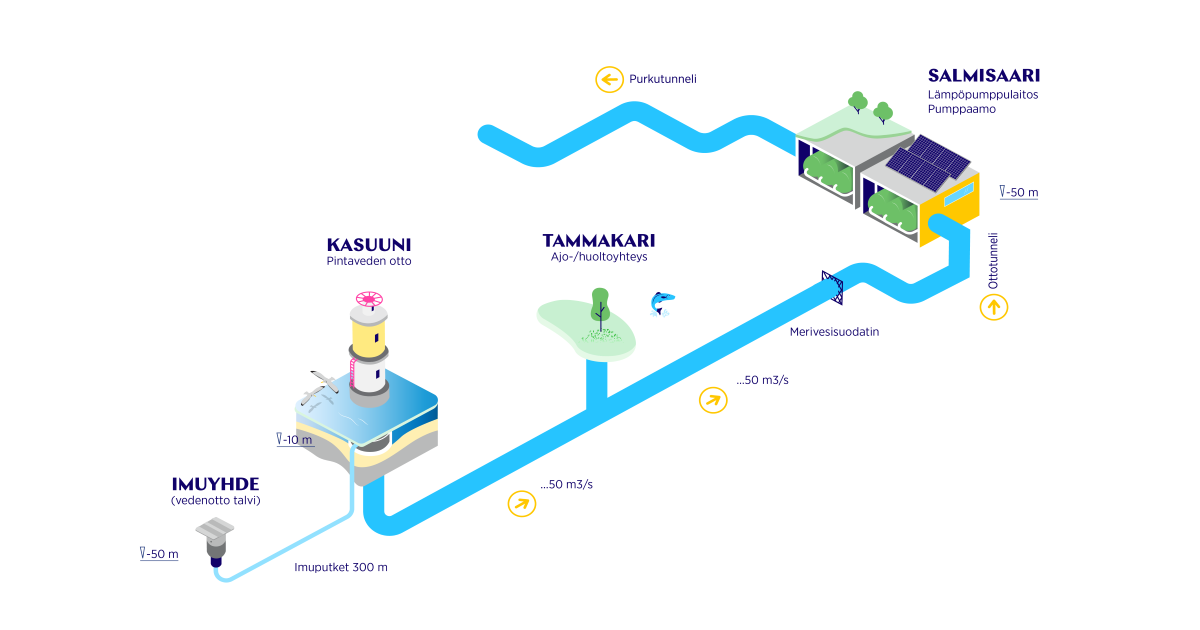