In Mustikkamaa there are three underground rock caverns, which were excavated in 1982. They were used for storing heavy fuel oil until they were finally discharged and disused in 1999. Helen is now converting two connected caverns into Finland’s largest heat storage facility.

Procurement is underway, and demolition work in the oil caverns will start in the next few weeks. Construction will start in early 2019, and the heat storage facility will be completed for production use in 2021.

Thanks to the Mustikkamaa rock cavern heat storage facility, it will no longer be necessary to use and produce district heat consumed in Helsinki all at the same time.

“Heat or surplus heat produced with a high efficiency rate will be stored in the facility when the heating need in Helsinki is not at its highest. The heat of the storage facility can be used throughout the year. Especially in the winter, it may not be necessary to start up heating plants operating on oil or gas. The heat storage facility therefore allows reduction in the use of fossil fuels. The use of renewable fuels and CHP electricity will also be increased at the same time,” explains Project Manager Päivi Saajoranta. 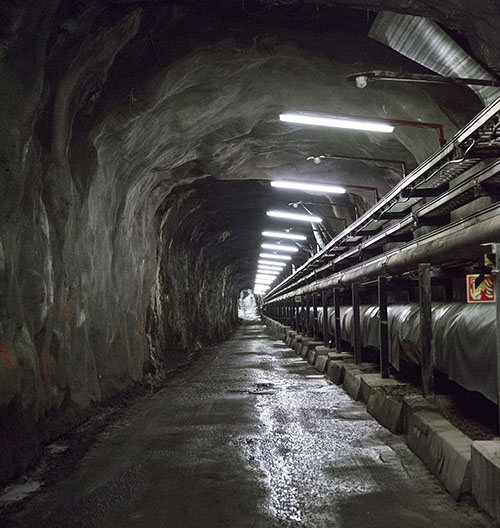 The heat storage facility will provide flexibility to the energy system as it will balance variable heat consumption through charging and discharging. When discharging the heat of the storage facility, the heat can be utilised as such in the form of district heat.

The annual amount of stored energy is about 140,000 MWh, corresponding to the heat consumption of some 25,000 one-bedroom apartments.

The value of the investment is about EUR 15 million, of which EUR 2.1 million will be met from the investment aid for new technology granted by the Ministry of Economic Affairs and Employment. The project employs dozens of people.

The Mustikkamaa rock cavern heat storage facility will hold over 40 times as much water as the pools in the Helsinki Swimming Stadium. The facility will be filled with water from the water supply network, which will take about three months.

The existing tunnel, which runs under the sea and the Sompasaari island from the Hanasaari power plant area to Mustikkamaa, will be utilised when the heat storage facility will be connected to the district heating network.

The heat storage facility will be located completely underground. No structures will be built above the ground level, and the storage of heat will not have an impact on other activities in Mustikkamaa.

The Mustikkamaa heat storage facility will improve the energy efficiency of the energy system. It can be used for increasing profitable operating time in combined heat and power generation and improving its possibilities of operating on the market also in the future, safeguarding the security of energy production and supply.