The energy efficiency and eco-friendliness of the plant’s production have been constantly improved.

On completion, Hanasaari B was the biggest and most expensive municipal building in Helsinki. Its construction costs totalled some 350 million Finnish markka. After it was opened, Hanasaari B produced half of the electricity and one-third of district heat required by the Helsinki residents.

Public opinion of the new Hanasaari B power plant was positive, and it received enthusiastic press coverage. During the energy crisis in the 1970s, Hanasaari B also attracted international attention, being a large power plant that was able to use both oil and coal as fuel. Many overseas visitors came to see this peculiarity.

The performance and efficiency of the plant were praised. Rigorous attention had been paid to noise and emission issues, and the plan was to fit the new power plant into the natural cityscape of the Sörnäinen district.

Environmental impacts and the neighbourhood are taken into account

In four decades, the coal-fired power plant has become increasingly eco-friendly: today, it produces electricity and heat at excellent efficiency, taking the environmental impacts into account.

The key development steps in the history of Hanasaari B have been the completion of the desulphurisation plant in 1991, the burner modifications to reduce nitrogen oxide emissions in 1995, the power plant modernisation in 2000, and the launch of pellet combustion tests in 2012.

- Over the four decades, we have constantly increased our environmental awareness, which has also been seen in the ever-tightening permission limits. We have added and improved technology at the plant. Now, we take environmental impacts into account in all our operations, especially when considering new projects. Residential housing is being built even closer to Hanasaari, and that is another reason why it is extremely important to observe environmental impacts and the neighbourhood in all our activities. And that is something we really are investing in, says Jarmo Hagström, Power Plant Manager at Hanasaari.

- The most recent form of co-operation carried out with the neighbourhood includes the urban planting boxes used by our local customers. In the spring, we installed 50 planting boxes by the side of the car park outside the power plant. Our neighbours use them for growing herbs, flowers and vegetables. The project has given us energy-efficient locally sourced food and supported friendly community relations.

This is an interesting time for Hanasaari. Once we have all the necessary permits from the authorities, we will build a system to start pellet combustion at a 5–7 per cent share among coal at the plant.

- The introduction of a new fuel is a sign of new thinking and a new era. Pellets will bring new challenges and renewed interest in the operation of an 'old’ plant, Jarmo Hagström says.

The City Council is due to decide in 2015 whether to increase the share of biofuels to 40 per cent at Hanasaari and Salmisaari or whether to build a new power plant mainly fired with wood chips at Vuosaari. 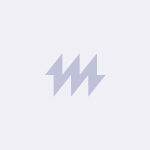