Helen phases out coal more than five years ahead of schedule

Closing of the Salmisaari coal-fired power plant is a significant step for Finland towards achieving carbon neutrality. 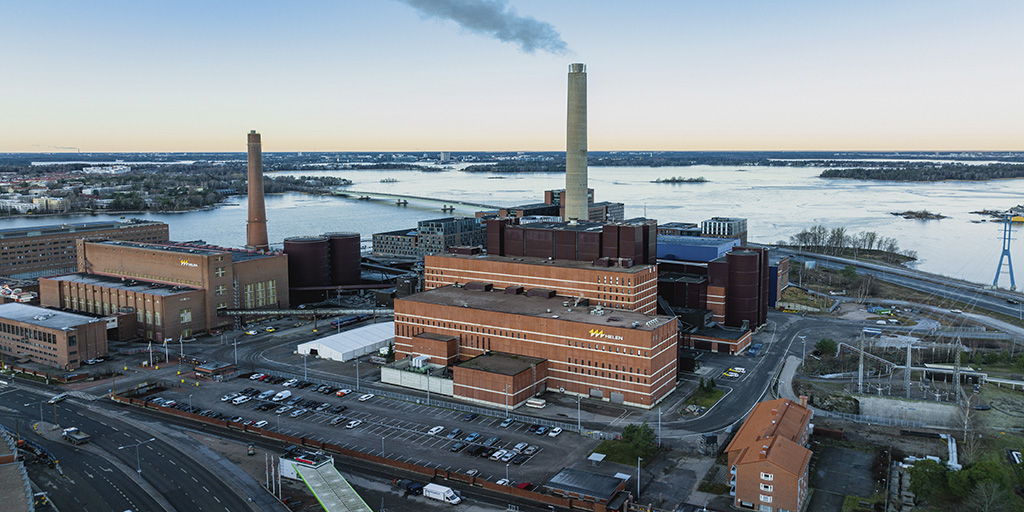 Helen, the City of Helsinki’s energy company, is accelerating the transition to carbon neutral energy production by closing the coal-fired Salmisaari power plant in Helsinki by 1 April 2024 at the latest. Therefore, the company will phase out coal more than five years ahead of schedule. The coal-fired power plant in Hanasaari will be closed one year earlier, on 1 April 2023. Helen will transition to distributed heat production in phases, with heat being produced, recovered and stored in several places with zero emissions, from renewable sources and ensuring a secure supply.

“This year has strongly defined our way forward to a carbon neutral future. The decision to phase out coal at Salmisaari five years earlier than planned means that we will move towards a distributed energy system and develop it with our clients even more closely than before. This work has already been carried out at Helen for years. Our emissions have been on a good decreasing path for some time, and when the use of coal ends also in Salmisaari, I am proud to say that the carbon dioxide emissions of Helen and entire Finland will be reduced significantly,” says Helen’s CEO Juha-Pekka Weckström.

“Phasing out coal is the most impactful decision in terms of the climate that we can take in Helsinki. It will steer us towards the ambitious target of making the capital carbon neutral by 2030, a target which was outlined in the strategy of the City of Helsinki. We need concrete measures in order to reach that target, and this is an important step in the right direction. Helsinki wants to be the forerunner in climate action and to prove that major cities in particular have an increasingly significant role in climate change mitigation and in safeguarding sustainability,” states the Mayor of Helsinki Juhana Vartiainen.

“This decision is important from the viewpoint of Finland’s national climate targets. The closing of the coal boiler at Salmisaari will reduce carbon dioxide emissions by about 2.4 million tonnes in 2024–2029. As a result of closing the Hanasaari and Salmisaari power plants, Finland’s CO2 emissions will be reduced by about 5 %,” sums up Mr. Osmo Soininvaara, Chairman of Helen’s Board of Directors.

Sufficient heat supplies are safeguarded in many different ways

Helen has for years prepared for the transition to a distributed heat production and energy system. In addition to ambitious climate targets, the current green technologies and innovations ensure sufficient heat supplies of the capital in a safe and cost-effective way. Many different types of environmental heat, waste heat (from industry and data centres), and sustainably produced bioenergy play a key part in distribution heat production. Natural gas production safeguards the security of heat supply.

This year, the company expanded the heating and cooling plant located beneath the Katri Vala Park, which also houses the world’s largest heat pump that is currently under construction. The Mustikkamaa heat storage facility will be commissioned in spring 2022, and the new bioenergy heating plant in Vuosaari will start production in December 2022. Ongoing feasibility studies include new heat pump plants, seawater heat pumps, and the utilisation of waste heat produced in Kilpilahti in Porvoo, as well as the investigation of small modular reactor technology.

“We are moving towards distributed heat production and a new kind of energy system together with our customers. In the future, Helen’s heat will come from several sources, and we will carry out even more diverse cooperation with our customer partners. For Helen’s part, the new story could not have been written without the world-class expertise and persistent work of Helen’s employees towards a new kind of energy company,” says CEO Juha-Pekka Weckström.

“Combined heat and power production in the Salmisaari and Hanasaari power plants was the top innovation of its time. In the new distributed energy system in Helsinki, heat comes from near and electricity from afar in a renewable, emission-free and sustainable way,” says Timo Aaltonen, Helen’s SVP, Operations and Asset Management.

The persistent development work provides Helen with the opportunity to use a digitally controlled and optimised energy platform, and it will enable a fully carbon neutral future. A smart district heating network will take energy and resource efficiency to a new level. Customer-centric solutions, utilisation of waste heat and two-way heat trade will take on a key role.

The price pressure of district heat will decrease when Helen phases out coal and moves to renewable and emission-free energy production. Security of supply will also improve when fossil fuels from overseas are phased out.

In the transition phase, Helen will apply for state aid in order to replace the energy use of coal and to safeguard the security of supply in heat production.

Helen’s accelerated transition to a distributed energy system will have an impact on the company’s personnel and competence needs, due to which employee cooperation negotiations were carried out with respect to just over 400 employees during the assessment of the future of Salmisaari.

The negotiations ended in mid-December and, as result of mitigating measures, the number of employees that may be facing redundancy is estimated to be reduced to 288. Any employee reductions will be implemented during 2022–2025 while the phasing out coal in the Hanasaari and Salmisaari power plants is under preparation. Efforts will still be made to mitigate the impacts in all possible ways in cooperation with employee representatives.

During the employee cooperation negotiations, Helen agreed with the employee representatives on a change security scheme where every effort is made in cooperation to further mitigate the impacts on employees in the most responsible way. The change security plan includes measures related to, e.g. personnel training, redeployment and job-seeking support.