The construction work on the Lakiakangas 3 wind farm is making rapid progress. Currently, as many as seven wind turbines are producing clean wind power. By the end of January, all 20 wind turbines of the wind farm will be in production use. 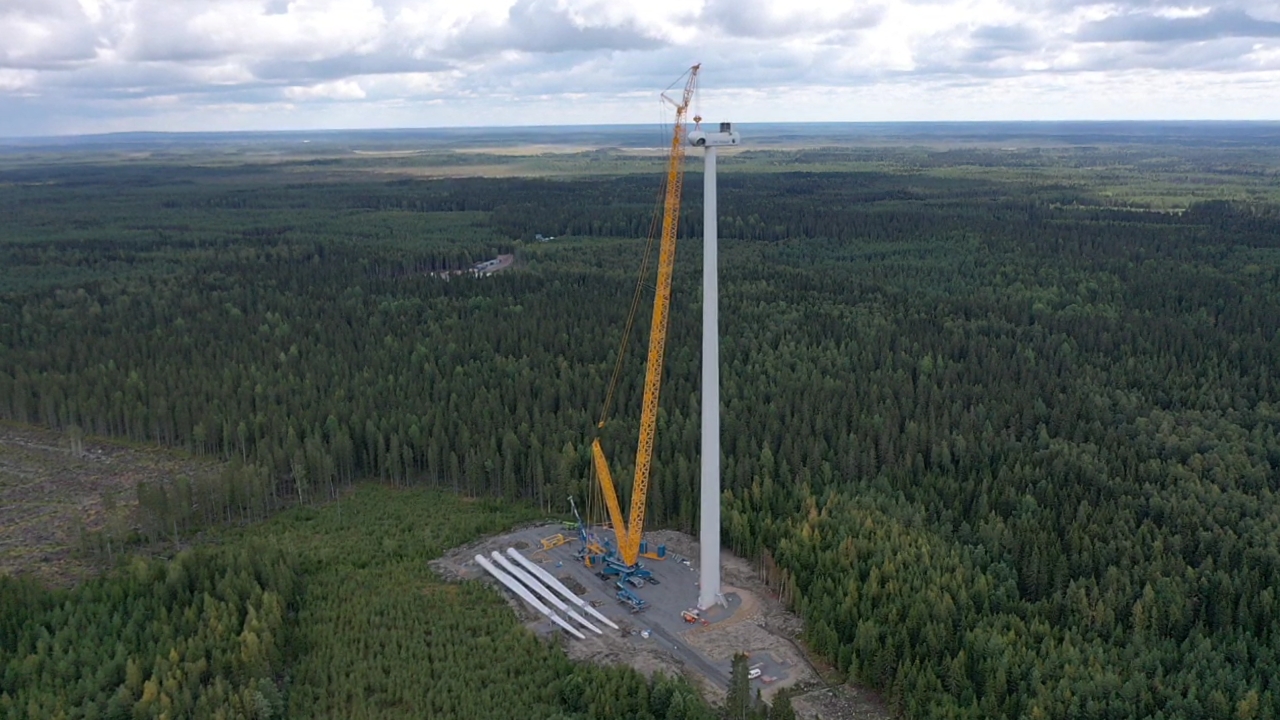 Wind power is renewable and emission-free energy, and it has an important role in achieving the climate targets of energy company Helen and the entire country. The Lakiakangas 3 wind farm built by Helen and CPC Finland will be completed by the end of January. Upon completion, the wind farm will increase Helen’s wind power production fivefold. From the beginning of next year, Helen will produce 350 GWh of wind power per year, which corresponds to about 8 per cent of the electricity consumed in Helsinki.

The building of the Lakiakangas 3 wind farm started last autumn with the construction of the wind turbine foundations and the infrastructure related to the wind farm. The first wind turbines started spinning in August, and at the beginning of October there are already seven wind turbines producing clean wind power.

- Laying the foundations of the wind turbines was time-consuming. We had to build particularly solid foundations because the wind turbine hub reaches a height of 145 metres and the top of the blade about 220 metres. An individual tower can be erected in a few days and the wind turbine can be made operational in one week,” explains Helen’s Asset Power Manager Jari Kottonen.

Wind power has established itself in power production, and currently it is the cheapest way to produce electricity in Finland. Wind power also promotes domestic energy self-sufficiency while producing tax euros for municipalities. Wind turbines pay real property tax to the municipality where they are located. The Lakiakangas 3 wind farm is located in the Isojoki and Kristiinankaupunki areas.

- It is estimated that over the first years, one wind turbine yields about EUR 15,000–20,000 of real property tax per year. In total, the municipalities of Isojoki and Kristiinankaupunki will therefore receive EUR 300,000-400,000 per year,” says Asset Power Manager Jari Kottonen.

In addition to real property tax, land owners receive a rental income on the land they lease to the wind farm company.

Helen launched the Omatuuli product in October as part of the range of wind power products. Omatuuli guarantees that customers receive fully domestic wind power from a designated wind turbine. In practice, customers buy shares in the production of a wind turbine in the Lakiakangas 3 wind farm in the same way as they have been able to hire solar panels on the roof of the Suvilahti, Kivikko and Messukeskus solar plants. With Omatuuli, customers will be able to offset part of their own electricity consumption in an even more environmentally friendly way.