Helen is involved in an EU project to test new solutions in climate change mitigation in cities. Energy saving plays a key role in the project.

On a global scale, cities produce 70% of all greenhouse gas emissions. Helsinki is taking major steps together with the local residents and businesses in order to make Helsinki a climate-neutral city. This target is supported by the mySMARTLife project which, for example, tests emission-free electric robot buses and encourages housing companies in the Merihaka district towards energy efficiency in building renovation.

The mySMARTLife project is part of the EU’s Horizon 2020 programme to test new solutions for climate change mitigation in cities. Experiments in the project achieve an energy saving of 10–20% and expedite market access of the best solutions. The solutions tested in Helsinki can be utilised in other cities in Finland and elsewhere in the world.

Helsinki Metropolia University of Applied Sciences will be testing a robot bus as from summer 2017. The smart minibus uses its sensors to perceive its environment and take other road users into account. During the long-term experiment, new technologies will be studied in order to reduce the emissions and costs of public transport while examining passengers’ attitudes towards driverless transport. A similar experiment in the SOHJOA project in the Hervanta district of Tampere last autumn was a success. The purpose of automated buses is to offer an effortless and safe transport for all, not forgetting persons with reduced mobility and parents with prams,’ says Project Director Harri Santamala of the Helsinki Metropolia University of Applied Sciences. The final route and timetables of the robot bus will be published before summer.

Intelligent control of heat consumption that adapts to the user’s individual needs at different times of the day and night is being tested in Merihaka together with the local residents. Intelligent heat control also enables studying of demand response. Demand response will be used for balancing consumption peaks in the future, i.e. there will be no need to use the most expensive and most polluting heating plants during the cold weather spells. During the project, the residents of Merihaka will also be offered advice on energy saving.

Owned by the City of Helsinki and used by the University of Helsinki, the Environment House in Viikki will be made even more energy efficient by installing remote heating controls in the property. With the controls, the building is heated according to need with the aid of machine intelligence and the human thermal model developed by VTT. The property also takes part in demand response for heat and electricity. Moreover, methods to increase renewable energy production and reduce annual consumption even down to the zero level are also investigated. The needs of the property and the electricity network are optimised with a smart electricity storage system. Full advantage is taken of the large solar power plant and wells drilled into the rock for the benefit of the property.

Korkeasaari Zoo aims to be carbon neutral by year 2025. Transition to renewable energy, reducing energy consumption and promotion of low-emission transport modes are a prerequisite for achieving the target.

The potential of Smart Kalasatama in electricity demand response is being studied at Kalasatama. In the district of Suvilahti next to Kalasatama, technological expertise is being reinforced by combining electricity storage, solar energy production and charging of electric vehicles.

The project is implemented by the City of Helsinki, Helen Ltd, Forum Virium Helsinki Oy, the Helsinki Metropolia University of Applied Sciences and VTT Technical Research Centre of Finland, as well as the SMEs Fourdeg Oy and Salusfin Oy. The European Commission has granted EUR 18 million as funding for the joint venture to be implemented in 2017–2022. The budget for measures in Helsinki is EUR 5.6 million. The cities of Hamburg and Nantes are also involved in the project.

The project has received funding from the European Union’s Horizon 2020 research and innovation programme in accordance with grant agreement No. 731297. 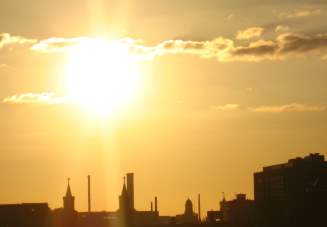