A new solar wall consisting of 84 panels has been installed at the Suvilahti substation in Helsinki to test the yield of wall panels. The production of a traditional roof power plant is at its highest in the summer, whereas the best time of the year for wall installations to collect solar rays is in the spring and autumn.

Helen’s solar power plant located in Suvilahti in Helsinki was extended by a new wall-mounted test power plant. The solar wall is integrated directly in the substation building so that the old brick wall of the building was dismantled and the new wall surface is formed by the solar panels.

According to Krista Jaatinen, the test environment is interesting because the conditions at both of Helen’s Suvilahti power plants are obviously the same, but the installation method is different. The production of the solar power plant located on the roof of the substation is at its highest in the summer, whereas the maximum production time for the wall-mounted panels is spring and autumn when the sun shines at a lower angle.

-We will now be able to see in the test environment how great the production differences really are in different seasons. There may be differences especially in the winter when the panels on the roof are covered with snow, but the wall-mounted panels stay clear of snow, Jaatinen points out.

Wall-mounted solar panels are different from the traditional ones: we opted for black monocrystalline panels that blend in better with the surrounding landscape. The operation of black panels is tested at the same time.

The output of the solar panels is 280 Wp/panel. The total maximum output of the power plant is 23.52 kWp and its estimated annual production is 17,000 kWh.

Helen has received a subsidy for the project from the Ministry of Economic Affairs and Employment due to the new technology used in the implementation of integrated installation.

An innovative installation method of solar panels was designed together with the brick element manufacturer and the company implementing the solar power plant. The fixing rails for the old brick elements were kept in place, and fixing parts suitable specifically for solar panels were designed and manufactured for them. The watertightness of the wall is managed with metal cladding and weather strips.

Solar energy is an important part of climate neutrality

Helen aims for a climate-neutral future. Helen increases the share of renewable energy in its own production and also supports eco-efficient choices by its customers. Designated panels can be hired at Helen's solar power plants in Suvilahti and Kivikko. Helen also sells small and large solar power plants for both private and business customers. 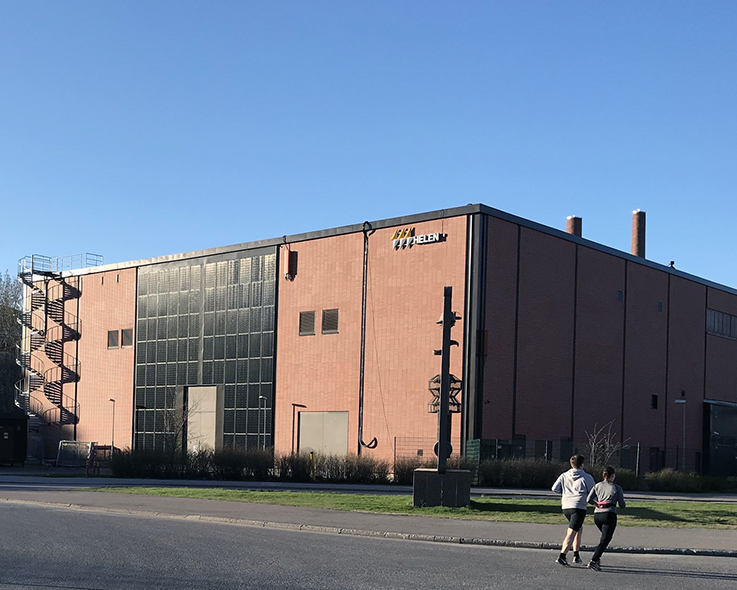