The Olympic Stadium is heated with Helen district heating and cooled by district cooling, which permits waste heat to be recirculated back into the district heating network. Along with the refurbishment works, district heating will replace the previously used electrical system of heating the Stadium grass.

Part of the planned collaboration is a solar power plant on the Olympic Stadium roof, with designated panels available to rent from Helen. The updating also includes charging stations for electric vehicles, supplied by Helen. The charging points bolster the sustainable development of the Olympic Stadium and Helen's social responsibility and our aim of climate change mitigation, as well as furthering eco-friendly motoring.

"It's great to be involved in making a new era of the Olympic Stadium a reality. Through the solutions we can provide, such as the solar plant, charging points for electric vehicles, district heating and cooling, we can contribute to the stadium's responsibility objectives," says Helen's Marketing and Communications Director Sohvi Salmelin.

"We are pleased that Helen is involved in the new era of the Olympic Stadium. The purpose of the collaboration is to optimise the energy efficiency of the stadium. As for the marketing partnership, Helen has the sole marketing rights in its sector to the use of the Stadium brand, logos and rights," says Marju Paju, Director, Marketing and Communication at the Olympic Stadium. 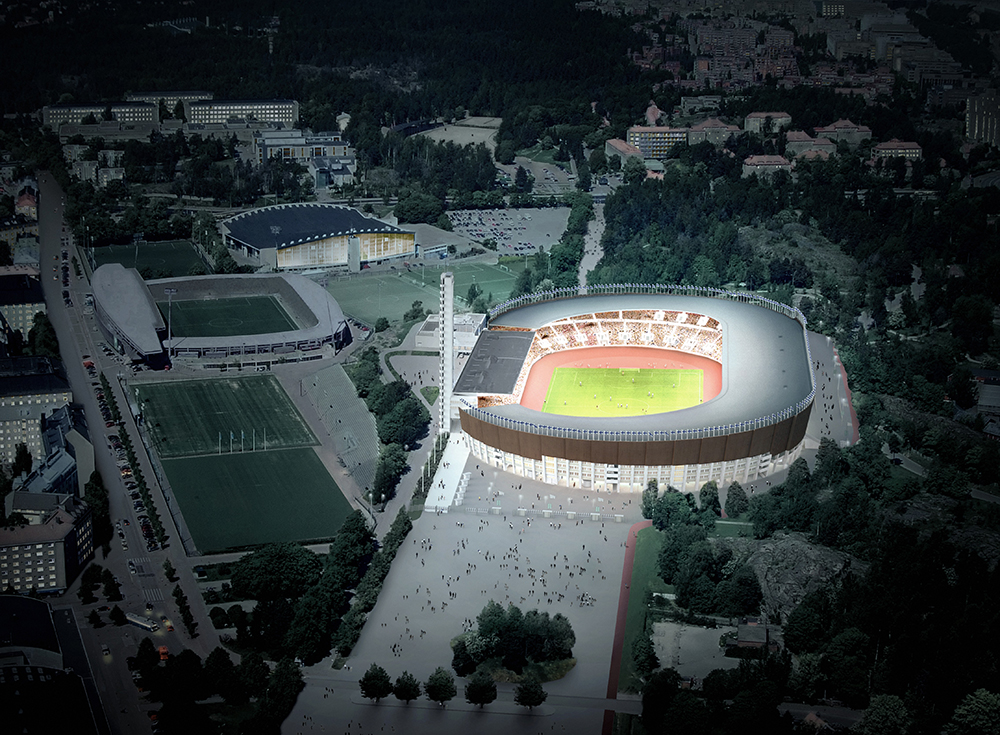 Our customer service is closed on Wednesdays in October 27.09.2022
Exchange Electricity customers have reduced their energy consumption significantly 23.09.2022
Significant increase in costs impacts the price of district heat – announcement of prices until next spring provides transparency 31.08.2022
Helen and Elisa to heat homes in Helsinki with waste heat from a data centre 10.08.2022
Consumers are interested in monitoring their own energy usage – use of Oma Helen service growing strongly 09.08.2022
Helen Group’s half-year interim report January–June 2022: Successful adaptation in a challenging operating environment 29.07.2022
Current issues in August: what is happening in the electricity market? 26.07.2022
New service, Yritys Helen, offers information about energy consumption even down to the hourly level 20.07.2022
Helen continues significant investments in wind power by purchasing two wind farms 11.07.2022
Helen and LämpöYkkönen to set up joint venture focusing on geothermal heating and heat pump solutions 06.07.2022
See all news