Fortum and Helen are together investing in wind power. Two wind farms, Pjelax-Böle and Kristinestad Norr, will be built in the vicinity of Närpiö and Kristiinankaupunki. The project will triple Helen’s wind power production and, after the investment, Helen will produce up to one terawatt-hour of wind power per year. This amount corresponds to a quarter of electricity consumption in Helsinki. 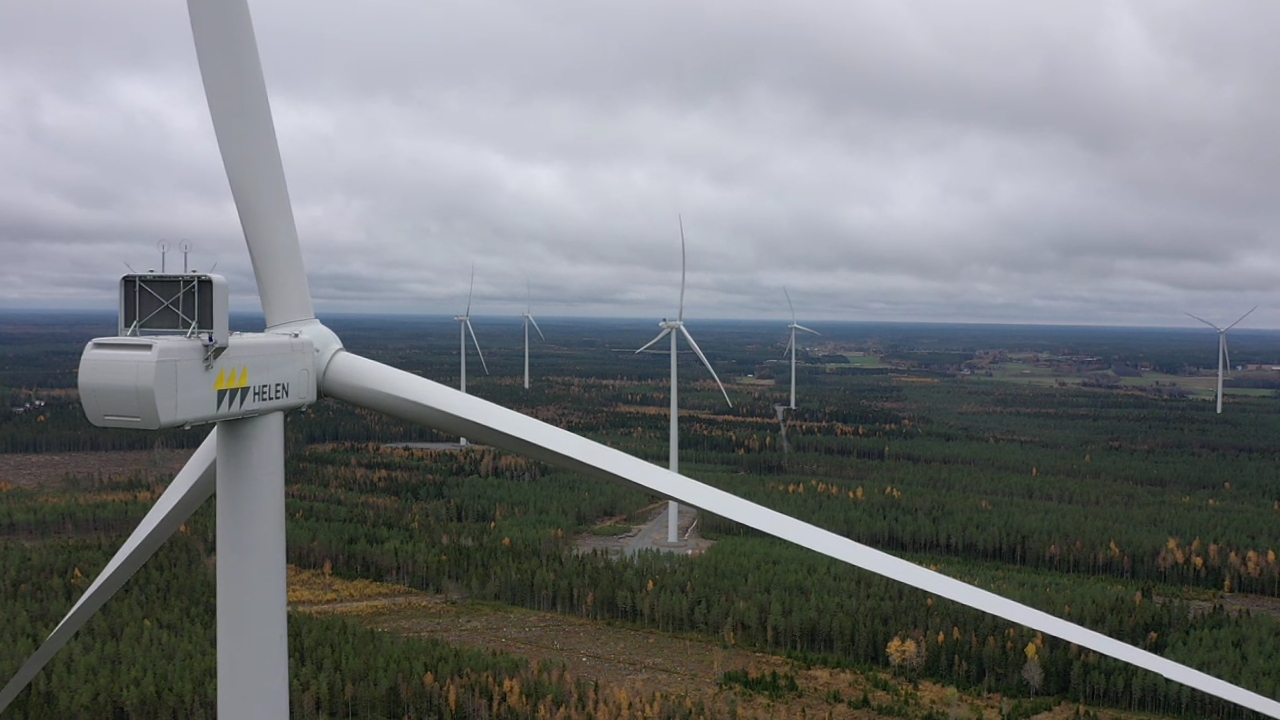 The project includes a total of 56 wind turbines producing about 1.1 terawatt-hours of electricity per year. The construction will start in January 2022 and the wind farms are estimated to be commissioned in the second quarter of 2024 at the latest. Fortum’s share in the project is 60 per cent and Helen’s 40 per cent.

Helen aims for carbon-neutral energy production in 2030. Helen will phase out coal by 1 April 2024. In future, the company will produce electricity mainly by wind, hydropower and nuclear power. The reported investment will triple Helen’s wind power production and, after the completion of the wind farms, Helen will produce as much as one terawatt-hours of wind power per year.

“We are extremely happy about partnering with Helen. This is an important step in the implementation of a Nordic wind strategy by Fortum and Uniper, and we aim to continue increasing our emission-free power generation on the basis of our long experience and competence,” says Simon-Erik Ollus, Fortum’s Executive Vice President, Generation Division.

Fortum and Helen have also agreed on a long-term electricity sale contract (PPA), according to which Helen undertakes to buy about half of the electricity production of the Pjelax-Böle and Kristinestad Norr wind farms.