In the distribution area of Helen Sähköverkko, electricity consumption was at its highest on Friday afternoon on 18 January 2013 when 799 MWh of electricity was consumed in just one hour.

The security of electricity supply in Helsinki was at a very high level in 2013. In practice, the network area’s electricity distribution network is completely cabled and is therefore weatherproof. The average outage time for customers was only three minutes, which is about a quarter of the ten-year average.

The amount of district heat production fell as a result of the warmer than average temperatures during the year. In 2013, production amounted to approximately 7,000 GWh, five per cent down on the previous year. A total of 87 per cent of district heat was produced in combined heat and power generation at the Hanasaari, Salmisaari and Vuosaari power plants.

The production of district cooling, which utilises sea water, the heat content of waste water and the heat of combined heat and power generation, continued to grow in 2013. District cooling production amounted to 116 GWh, 34 per cent more than the year before.

The above figures are based on preliminary calculations. More detailed information about Helsingin Energia’s operations will be published in February in connection with the financial statements for 2013. 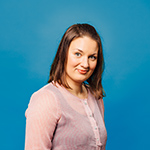