The Ministry of Economic Affairs and Employment, the Energy Authority and Motiva have awarded Helen with recognition for its excellent energy-efficiency work. The event took place at the awards gala and seminar on energy efficiency agreements held at the Finlandia Hall on 15 June 2017.

The Ministry of Economic Affairs and Employment, the Energy Authority and Motiva have awarded Helen with recognition for its excellent energy-efficiency work. The event took place at the awards gala and seminar on energy efficiency agreements held at the Finlandia Hall on 15 June 2017.

Helen’s key achievement in energy efficiency during the period 2008–2016 was the Katri Vala heating and cooling plant that enables efficient utilisation of excess heat and recycled heat. The plant utilises the thermal energy of purified waste water and the thermal energy of the sun, which is obtained from properties via the cooling network. Year 2008 was the first year of full operation for the plant, and it set a new production record again in 2016.

– Last year, Katri Vala produced as much as 490 GWh of district heat with excess heat and recycled heat. Almost an equal amount of energy was saved with energy efficiency measures in the same year. This amount corresponds to the district heat consumption of the entire city of Hämeenlinna, says Helen’s Energy Efficiency Manager Rauno Tolonen.

In addition to the recovery of excess heat, the heat pumps at Katri Vala have opened a completely new business area: district cooling. Thermal energy of the sun is recovered from properties with the aid of district cooling. Helen’s district cooling increased throughout the agreement period and will continue to grow further.

In the new agreement period 2017–2025, Helen aims to utilise excess and recycled heat even more efficiently than before and to optimise production. The next power plant energy audit will be carried out at Helen’s largest production unit, the Vuosaari B natural gas-fired combined cycle power plant.

– We included in the agreement a new element of improving energy efficiency in the entire energy system with system-level solutions. Until now, the reported measures have been carried out on individual power plants, Tolonen explains. 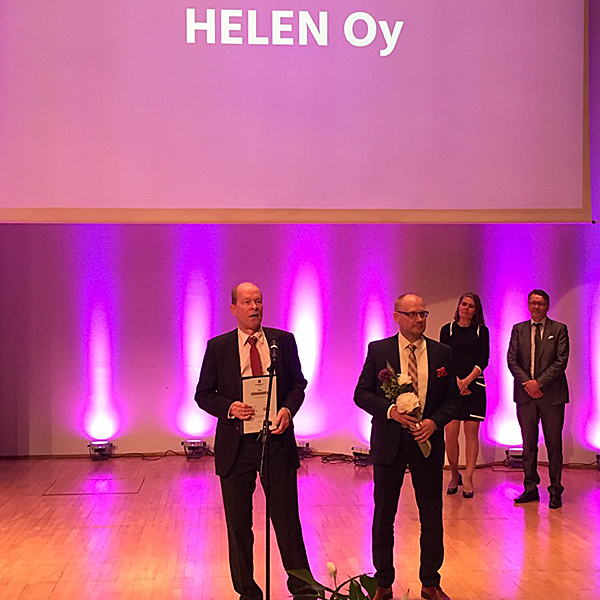