Helen is increasing its share of nuclear power produced in Olkiluoto. Helen’s subsidiary Oy Mankala Ab is purchasing the shares of Teollisuuden Voima Oyj (TVO), which are owned by the Loiste Group. In future, Helen will have more emission-free electricity as a result of the share transaction with the Loiste Group.

Helen is preparing to phase out the use of coal by 2029 in accordance with the Government’s policy. The target is to achieve carbon neutrality by year 2035. The objective is to reduce the carbon-dioxide emissions of energy production and to increase the use of emission-free energy.

Secure electricity production throughout the year 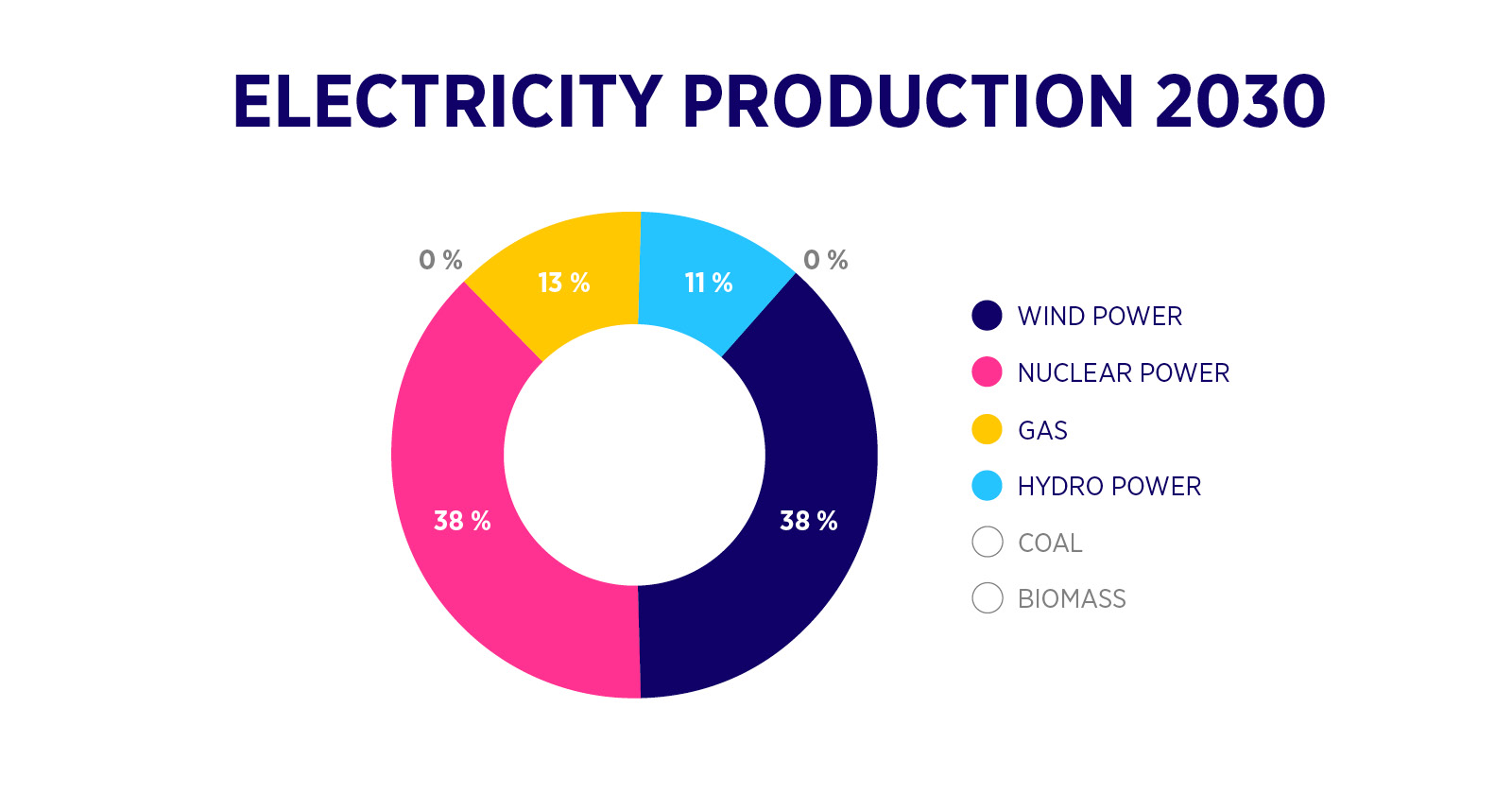 Distribution of Helen’s electricity production in 2030

Small modular reactors, SMRs, have the potential of being part of the new future of nuclear energy. SMRs are small and safe because their safety systems rely on gravity and on design solutions based on physical laws. Due to these properties, it is possible to locate the power plant close to population centres.

Based on Helen’s studies, small modular reactors are a cost-effective, carbon-neutral production alternative suitable for the generation of district heat. It is possible to replace a large amount of combustion-based production with SMEs while reducing emissions at the same time.

Helen is taking active part in the development and utilisation of the operational preconditions of SMR technology in district heat as part of the two-year EcoSMR (Finnish Ecosystem for Small Modular Reactors) project funded by Business Finland. The project brings together Finnish actors to develop business around the possibilities of small modular reactors.